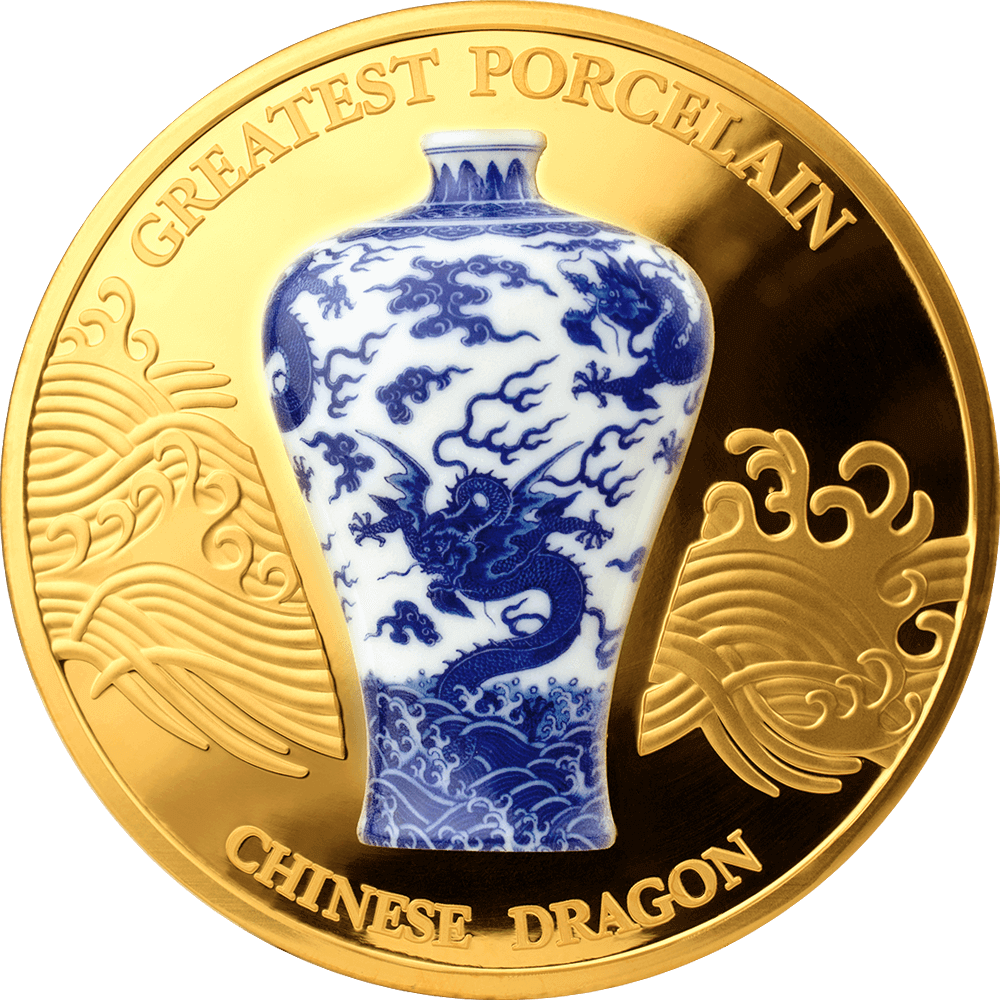 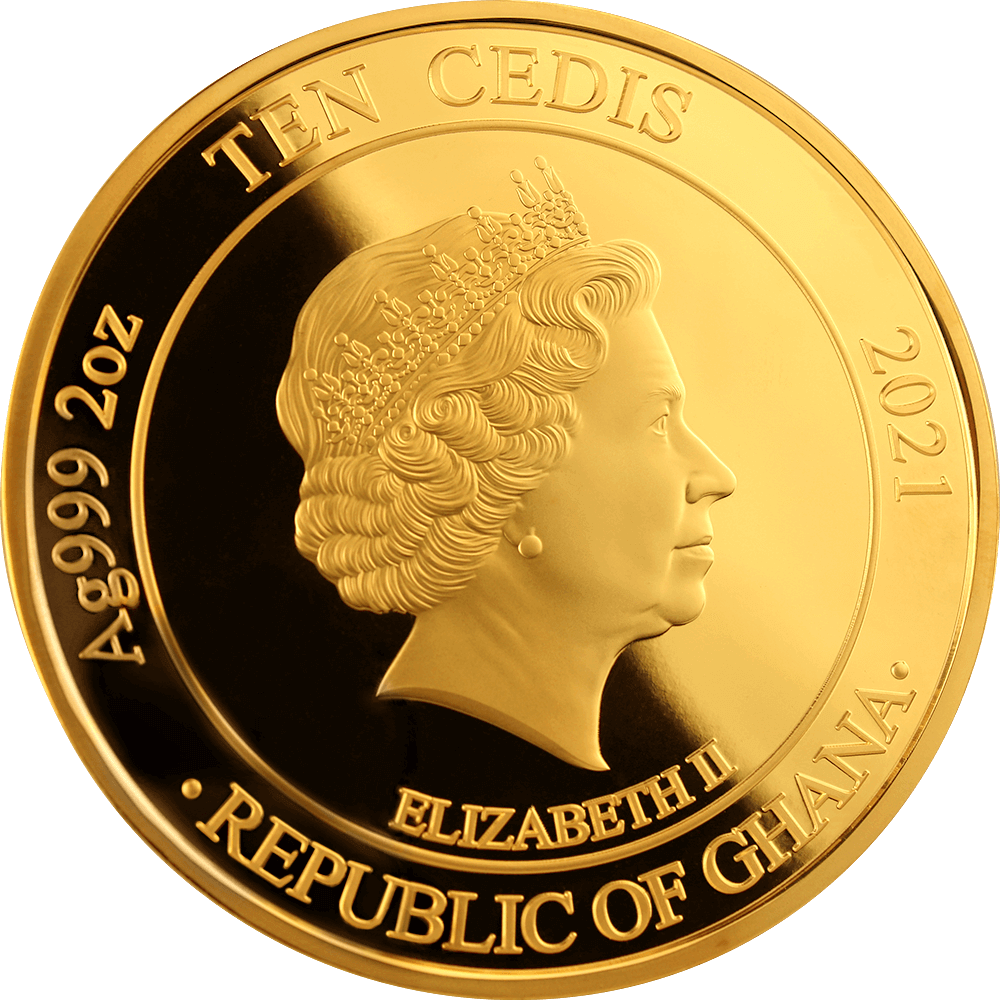 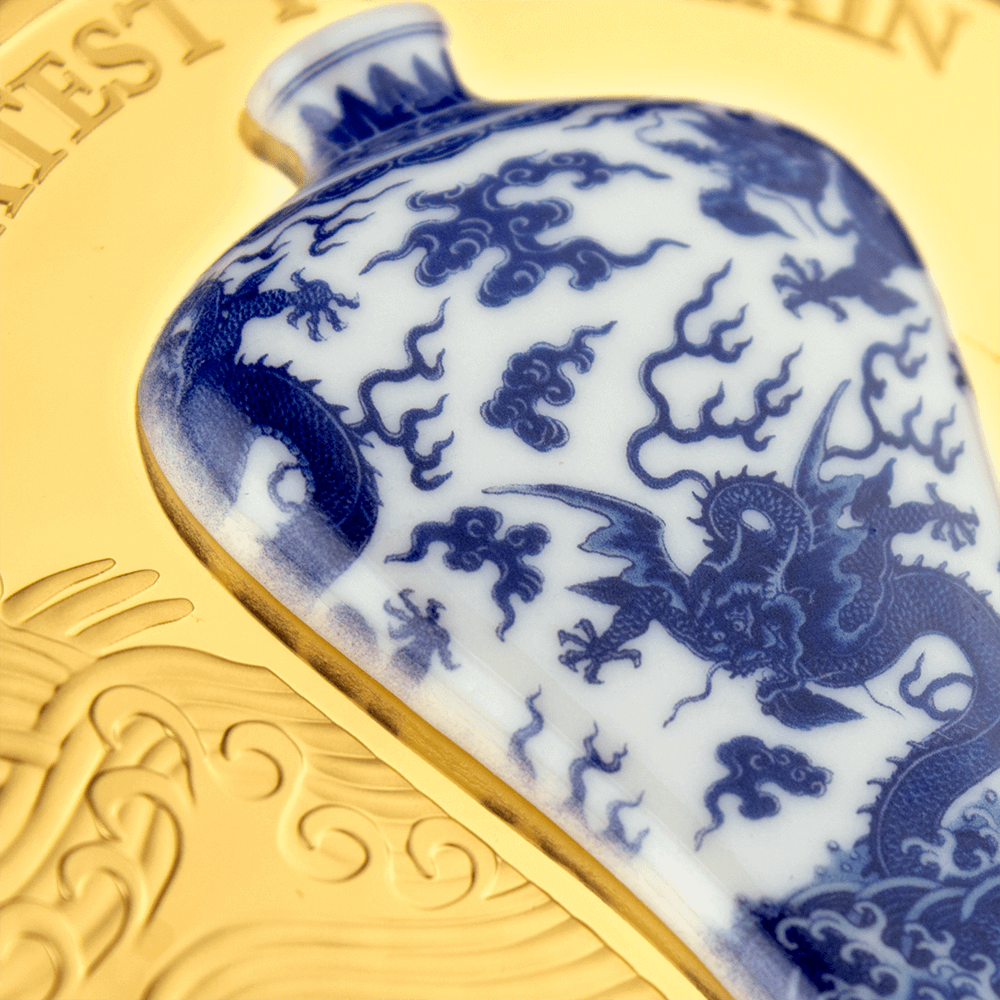 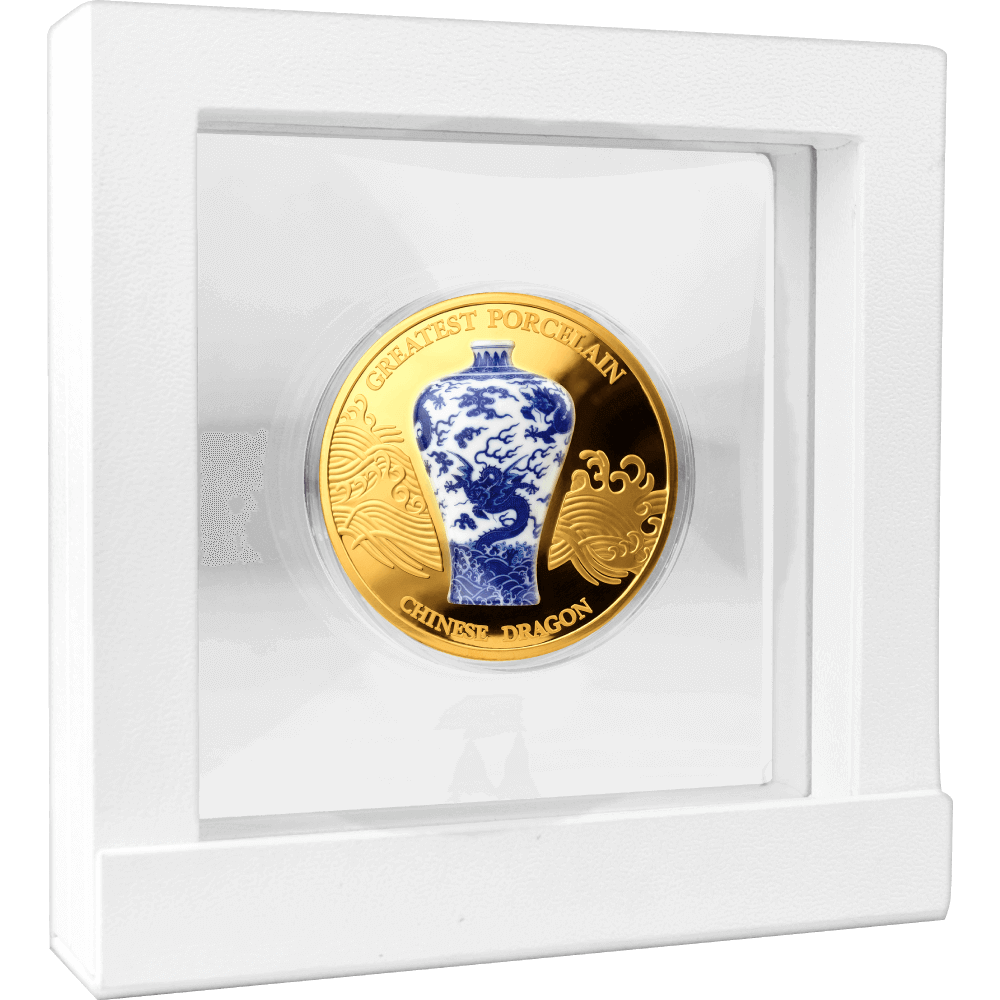 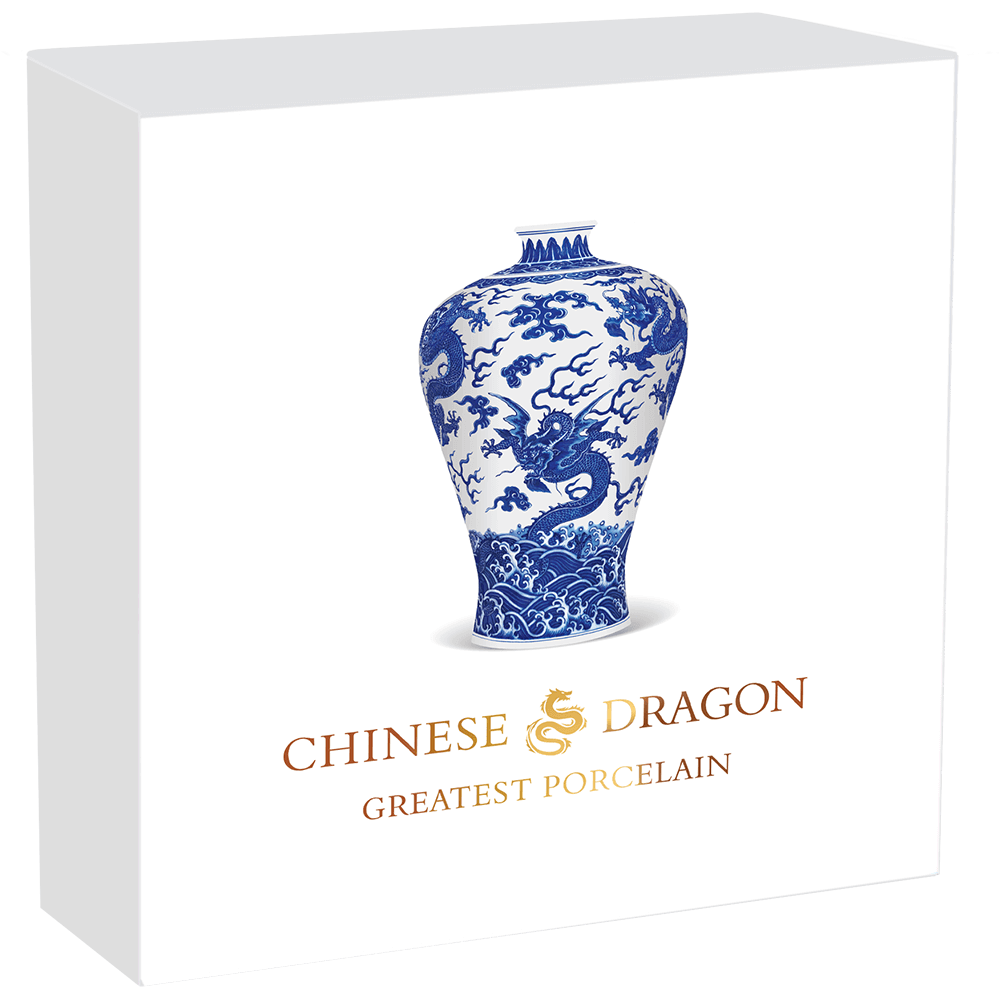 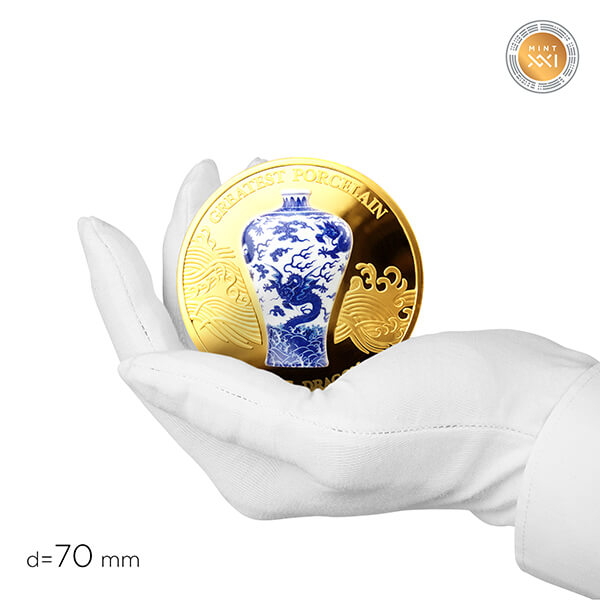 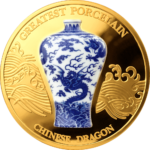 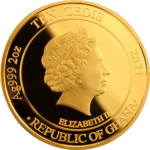 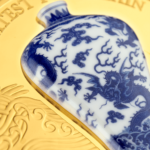 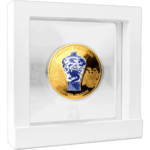 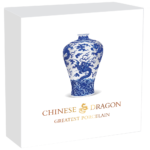 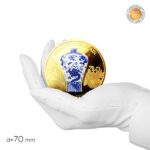 A new series dedicated to vases, which are considered the most expensive and famous in the whole world.

The first coin from this series “Chinese Dragon” features a small blue and white dragon porcelain vase that was sold for just about £5million – barely in 500 times more than it was estimated! The dragon vase dates back to the Qianlong period. It contains an intricate dragon motif and is beautifully decorated with bands of plantain leaves, waves, as well as a cloud-collar at the waisted neck and broad shoulders. The sides are densely painted with six meticulously rendered five-clawed dragons portrayed emerging from crashing waves and flying amid stylized clouds and flames.

A magnificent coin featuring a porcelain inset in the shape of a vase that is an incredibly fine piece of Chinese porcelain!