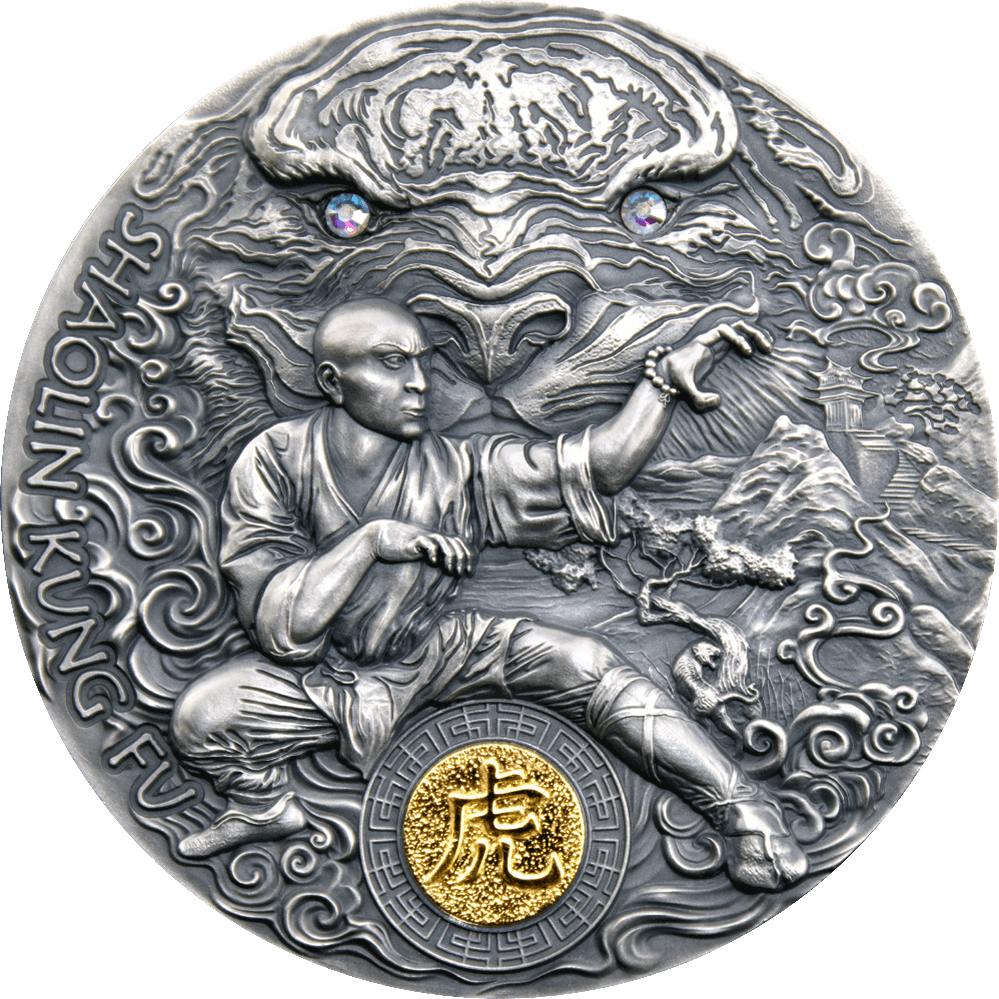 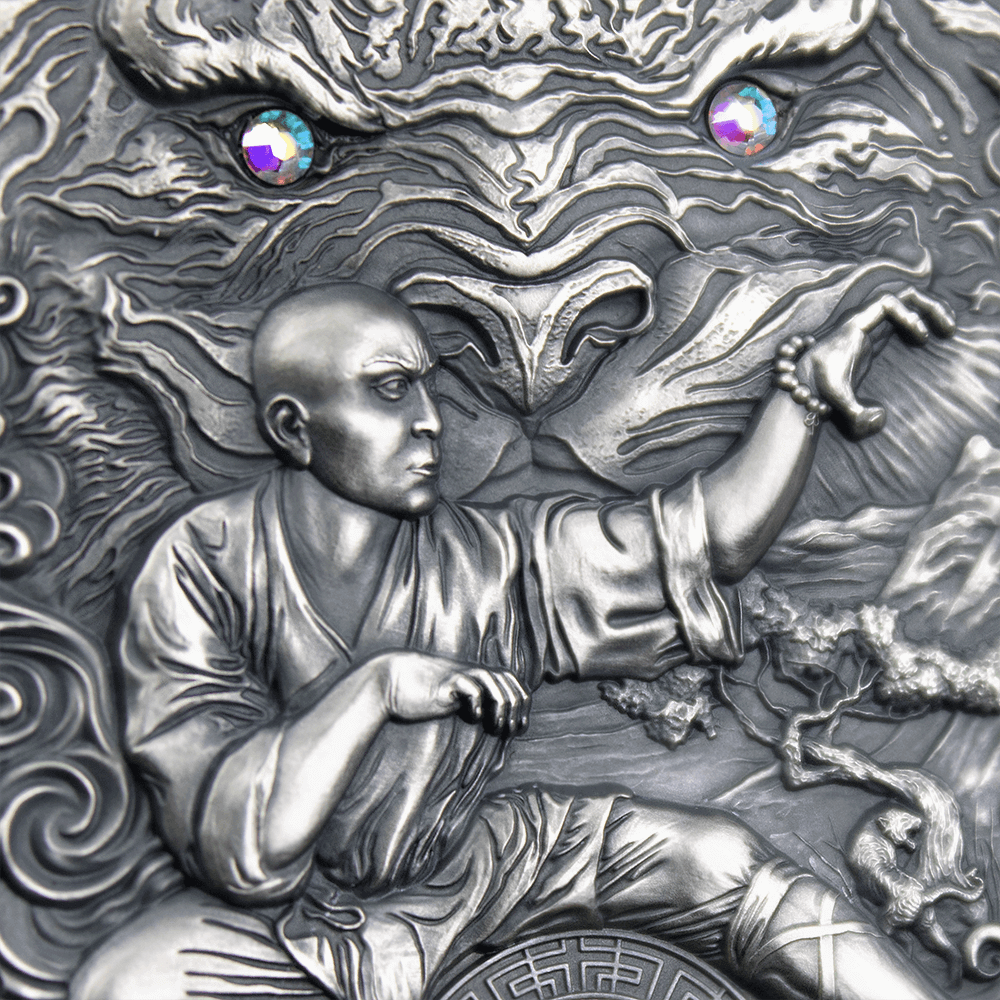 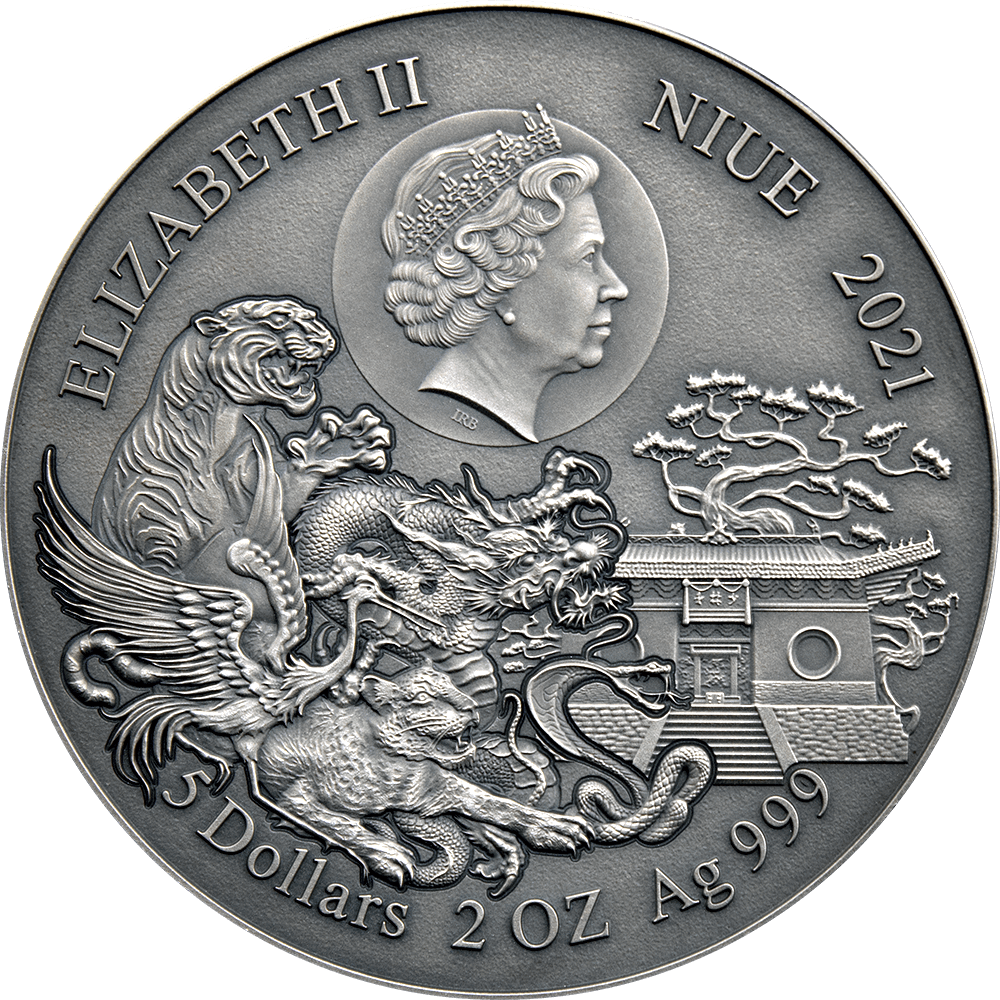 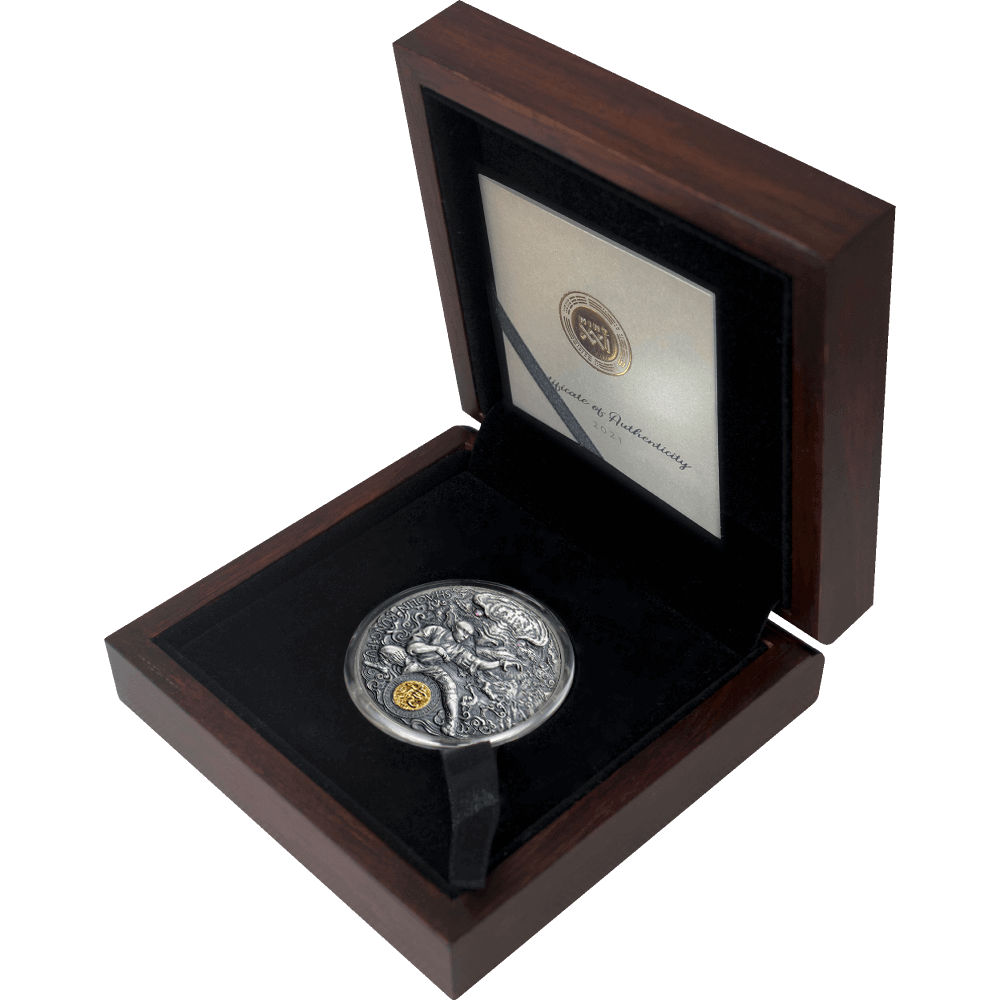 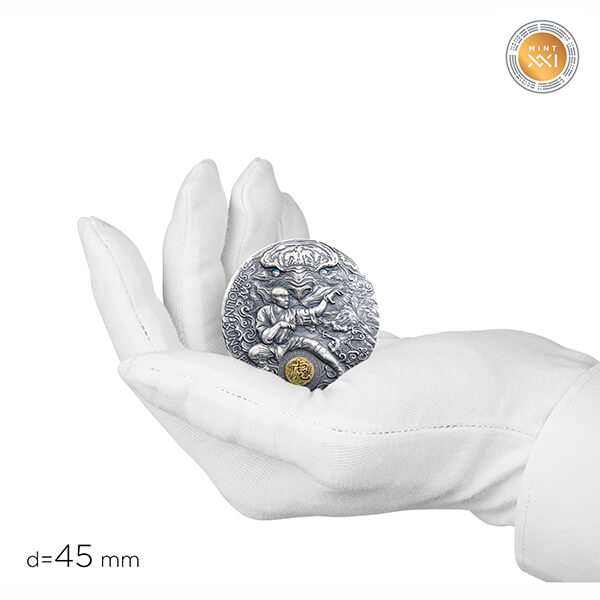 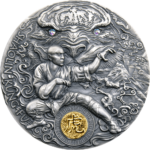 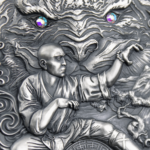 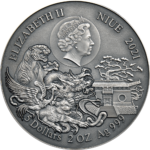 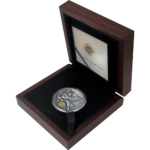 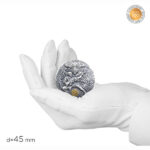 This beautiful coin belongs to the “Shaolin” series that is dedicated to Shaolin martial arts styles. All in all, there are five traditional animal styles of Shaolin Kung Fu, namely the tiger, the snake, the crane, the leopard, and the dragon. Each coin is created in honour of a certain animal style of Shaolin Kung Fu and this one presents the Shaolin Tiger.

Shaolin Kung Fu is considered to be one of the oldest, largest, and most famous styles of wushu or kung fu. It is the combination of Ch’an philosophy and martial arts. According to one Chinese saying “All martial arts under heaven originated from Shaolin”. It proves that Shaolin kung fu plays an important role among other martial arts. The tiger is often regarded as the king of the jungle. That is why this style requires a person to be strong, direct and quick. In martial arts, the tiger stands for internal force. Frequently it is mentioned that tiger forms strengthen the bones, i.e. promote the “Gu” Chi (bone energy).

An amazing coin reproducing one of the Kung Fu animal styles – Tiger! 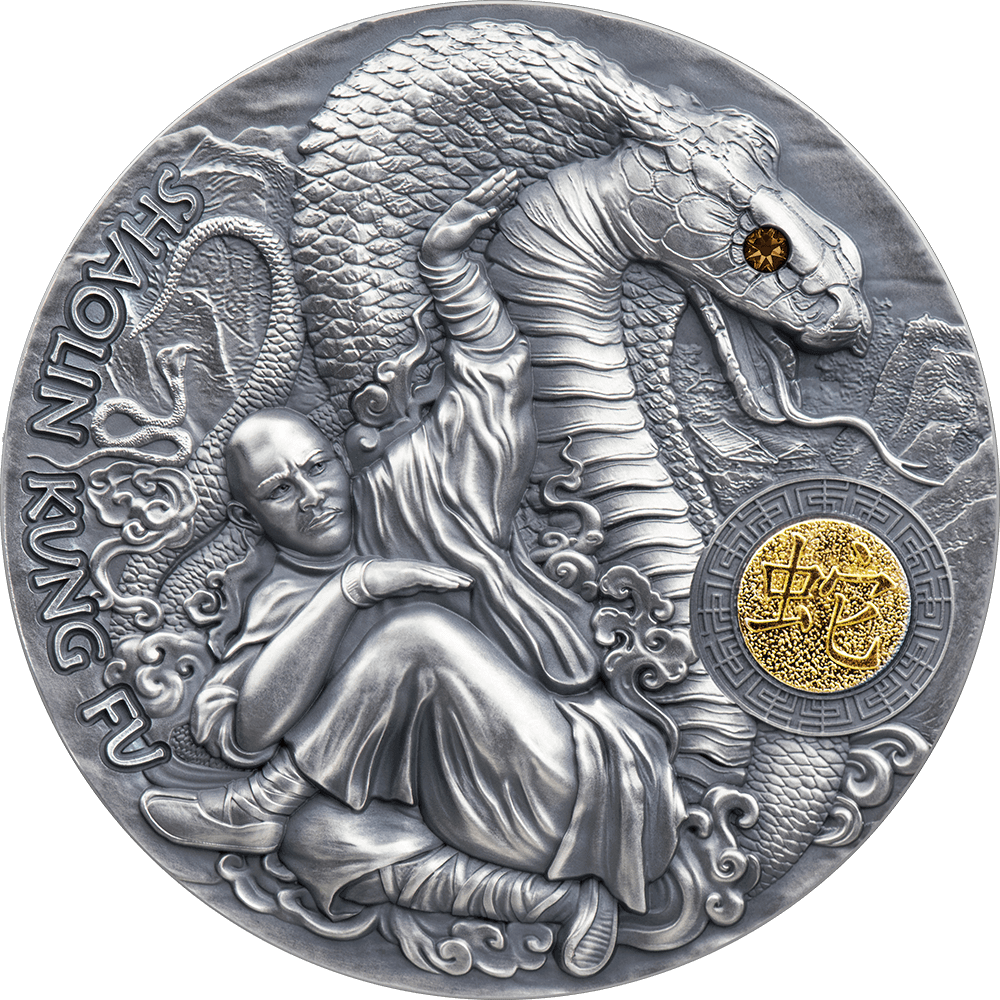