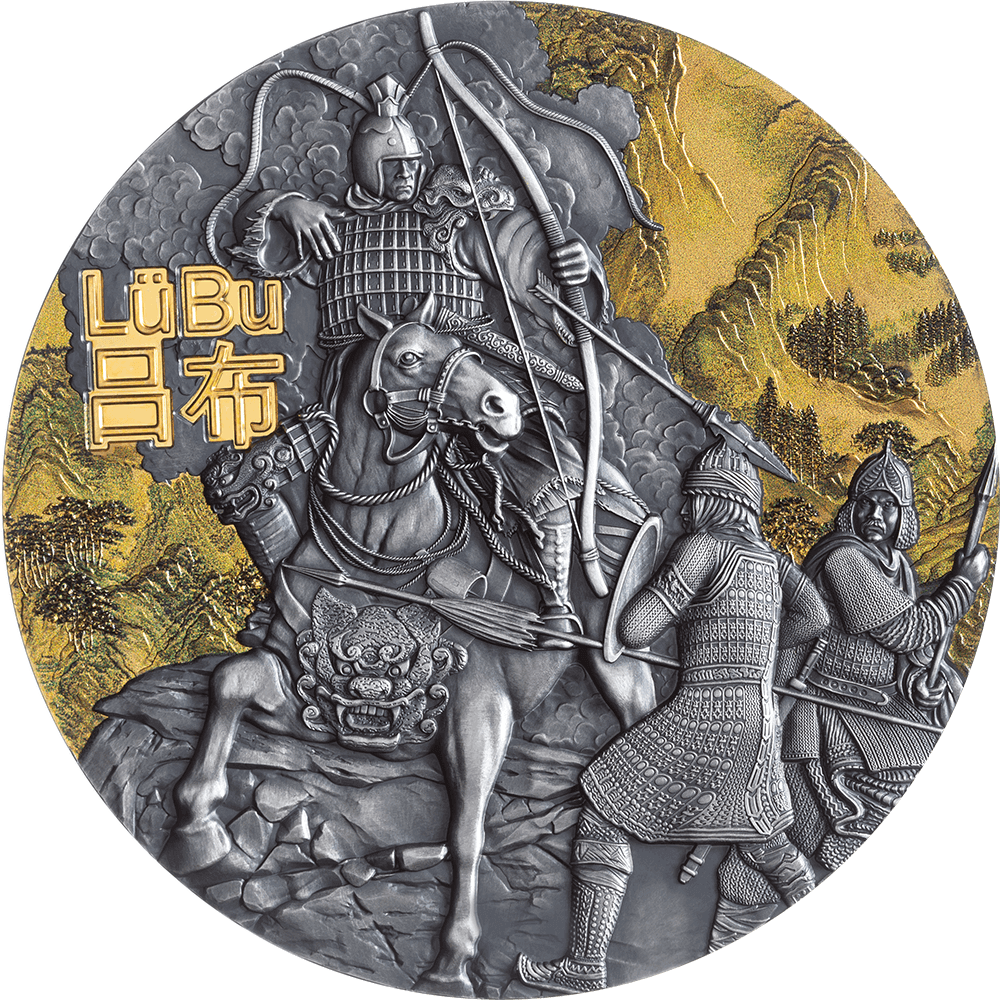 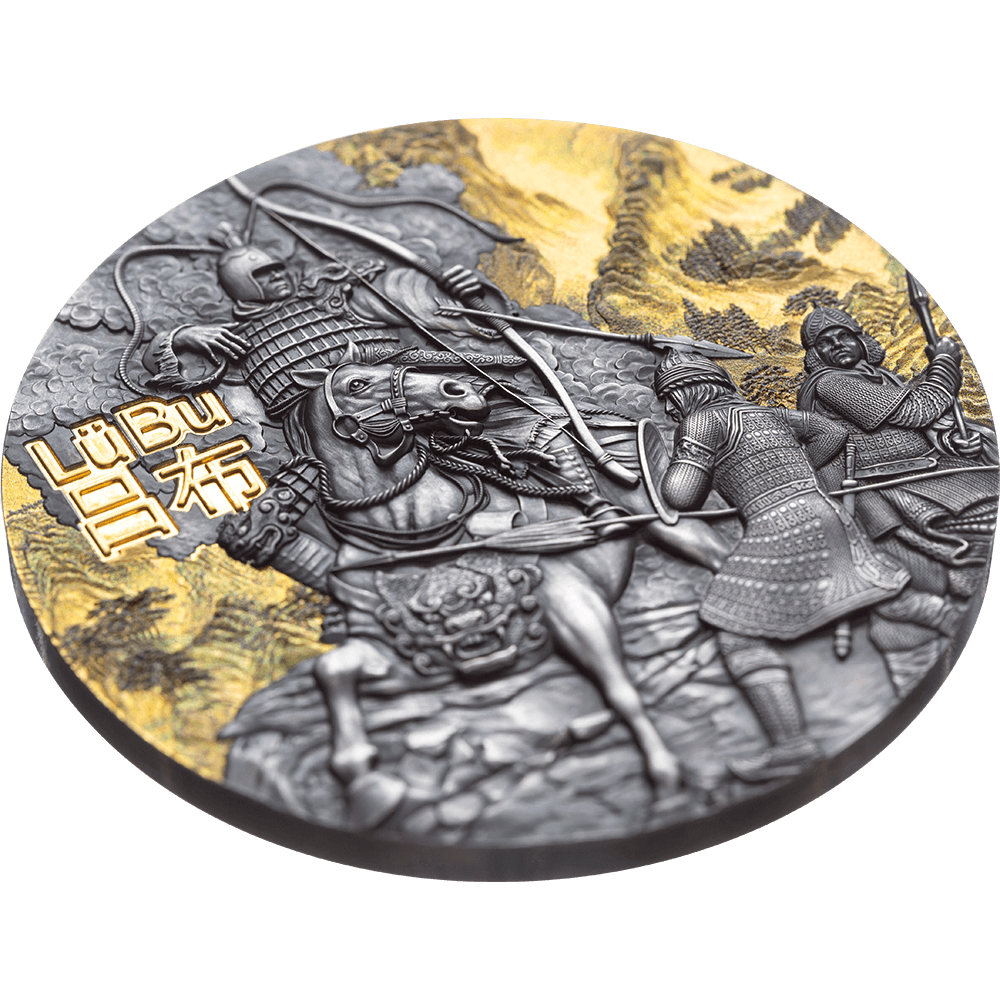 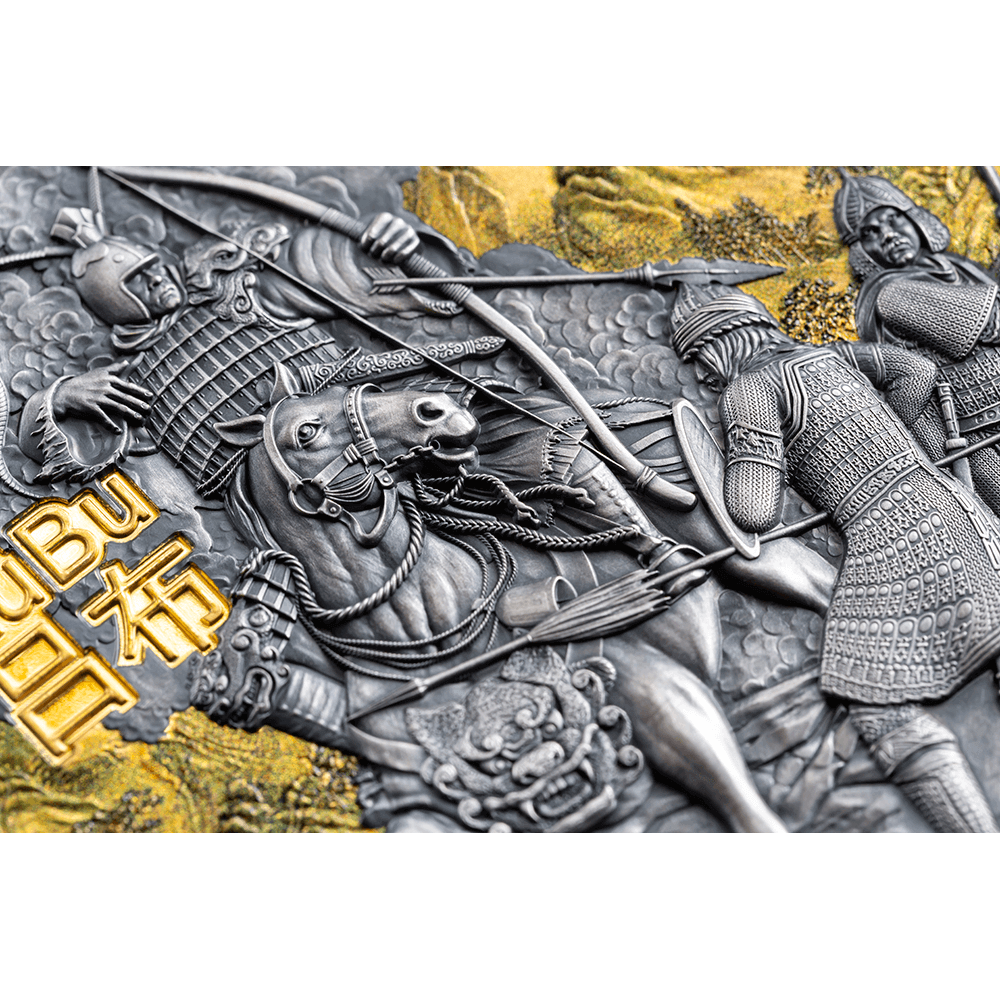 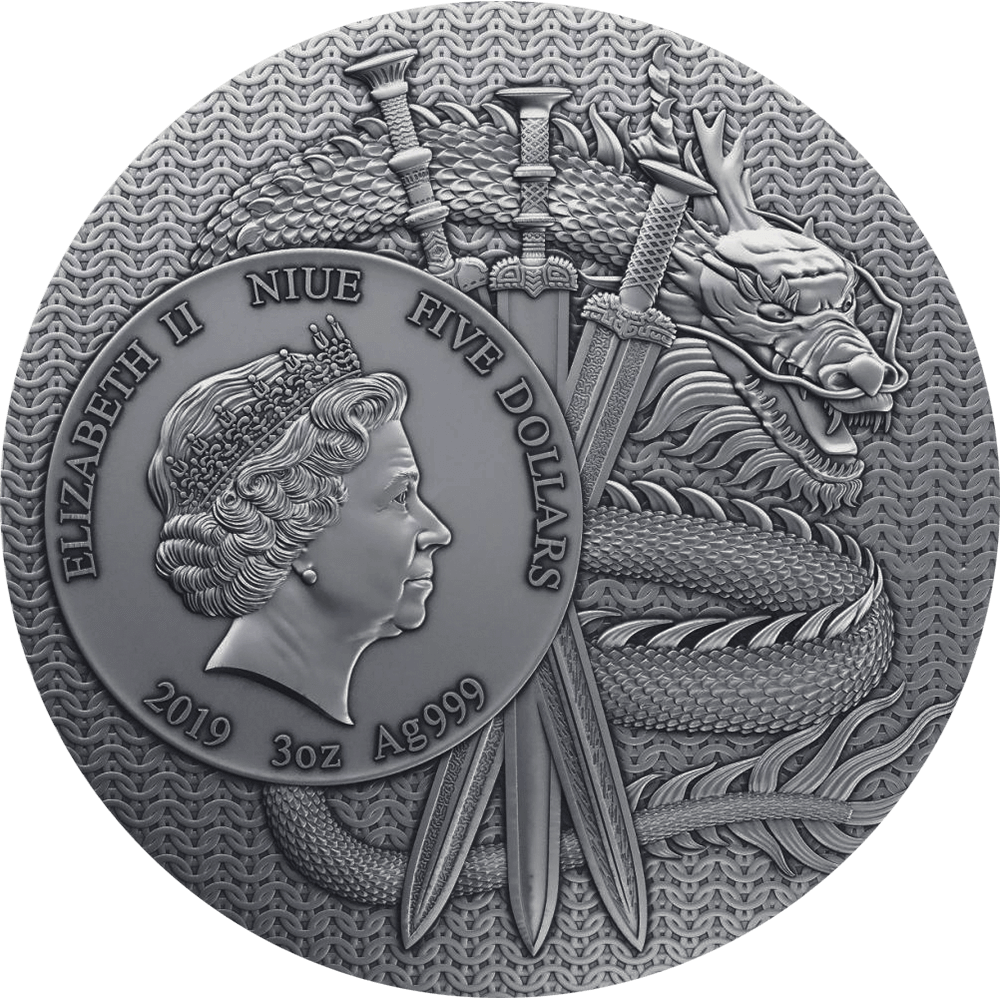 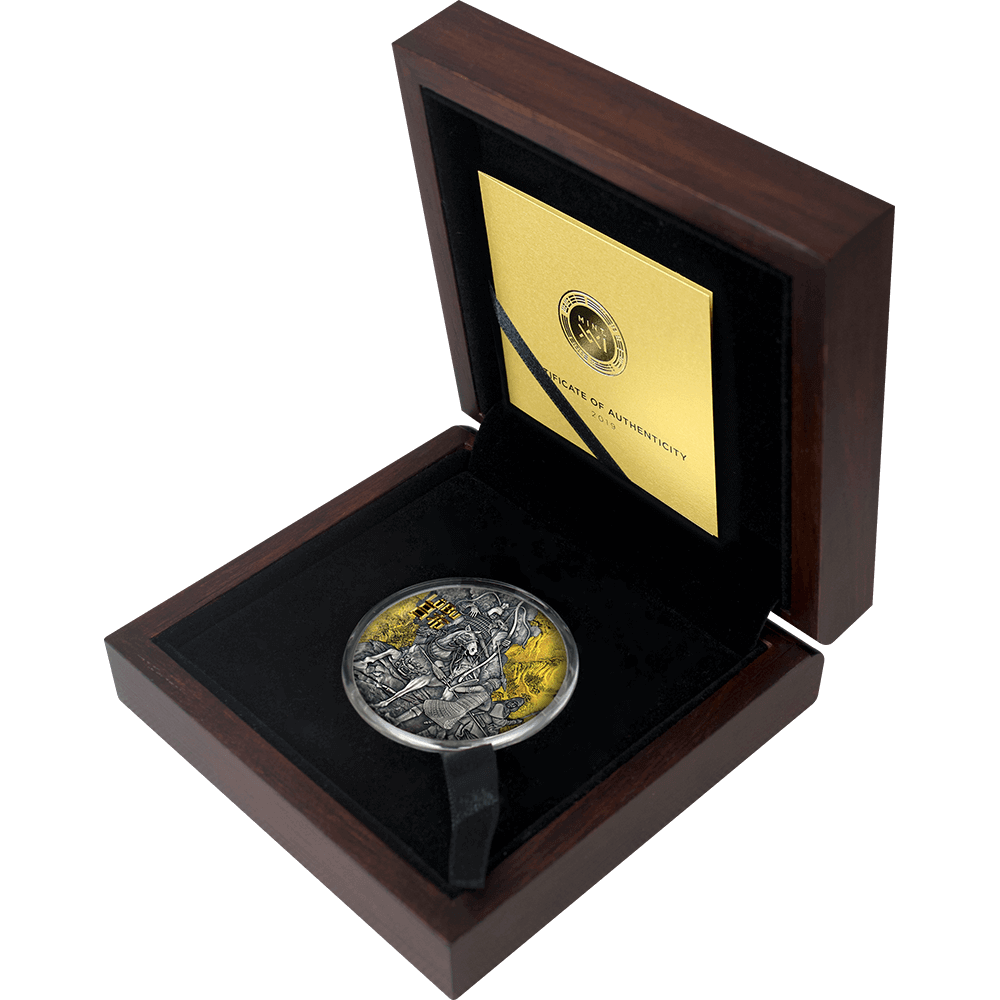 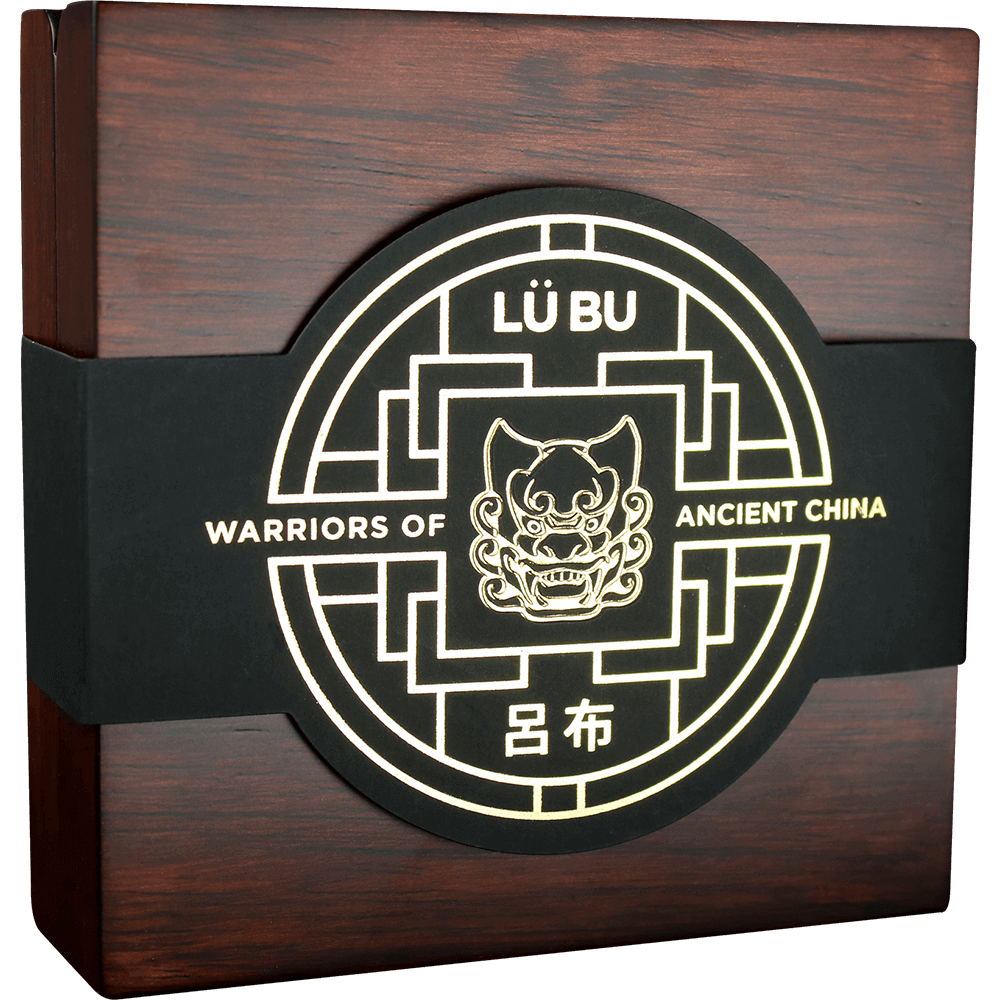 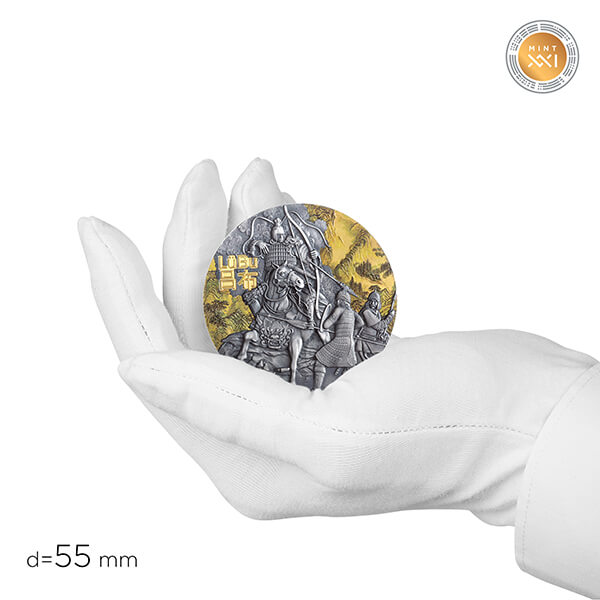 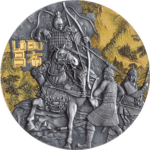 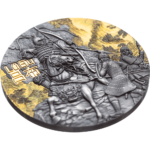 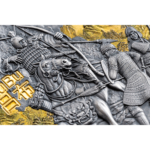 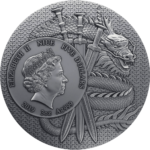 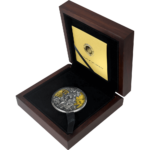 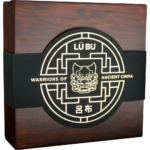 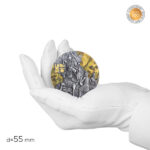 Created under inspiration of the ancient heroic deeds, this coin displays one of the most powerful warriors of ancient China, Lu Bu. This military general lived in the times of Eastern Han dynasty, 2nd century AD. He is remembered by the folk culture as unbeatable fighter. And as he was quite skilled in archery and horse-riding, Lu Bu earned his nickname – «The Flying General». The fight scene featuring Lu Bu and his rivals is portrayed with exceptional accuracy on a relief surface of the 3 oz silver coin. This composition makes allusion to traditional Chinese paintings, especially with highlighted background created with combination of color printing and gold plating. 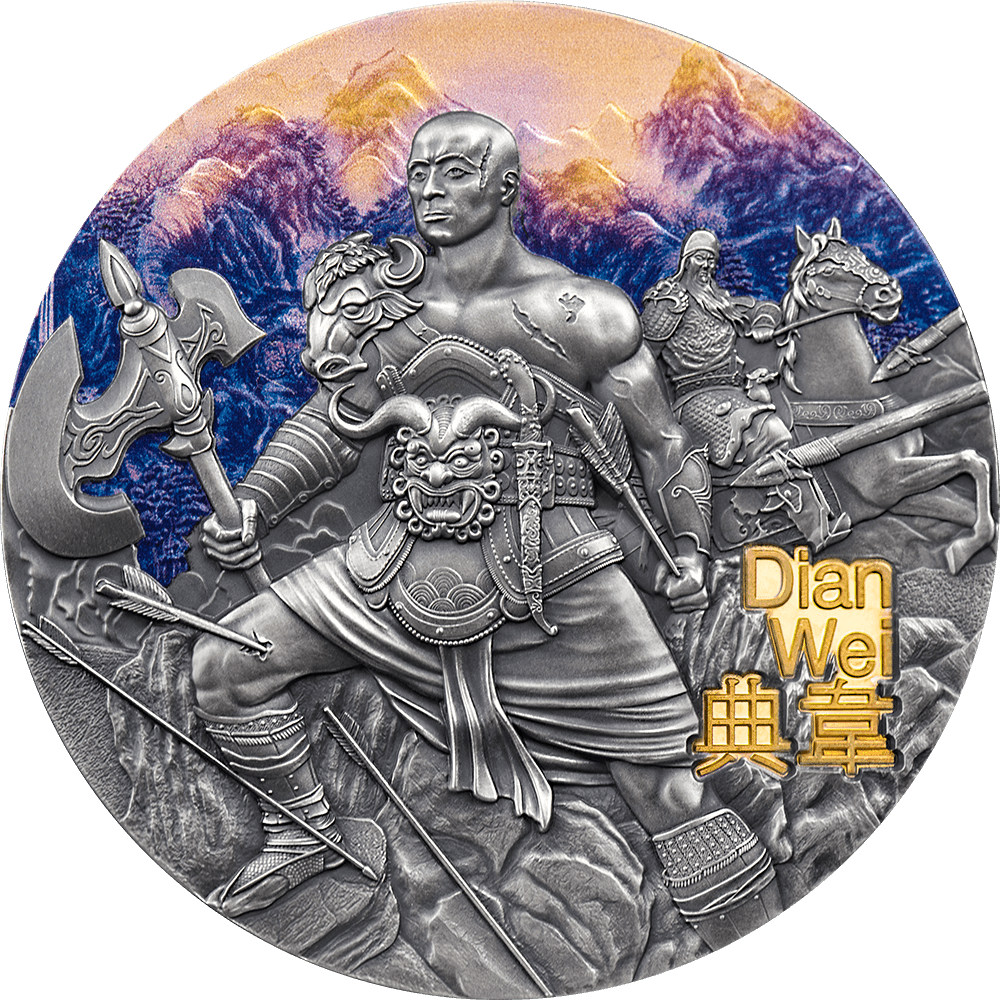 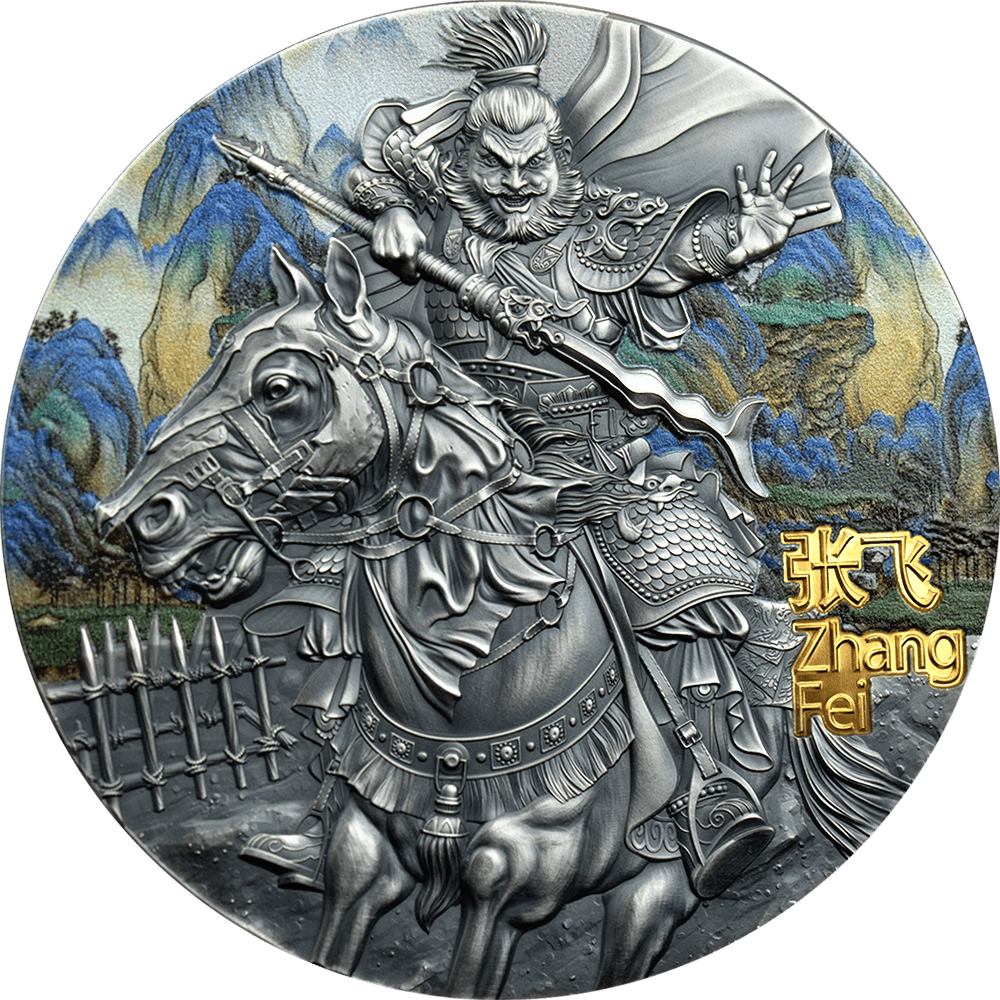