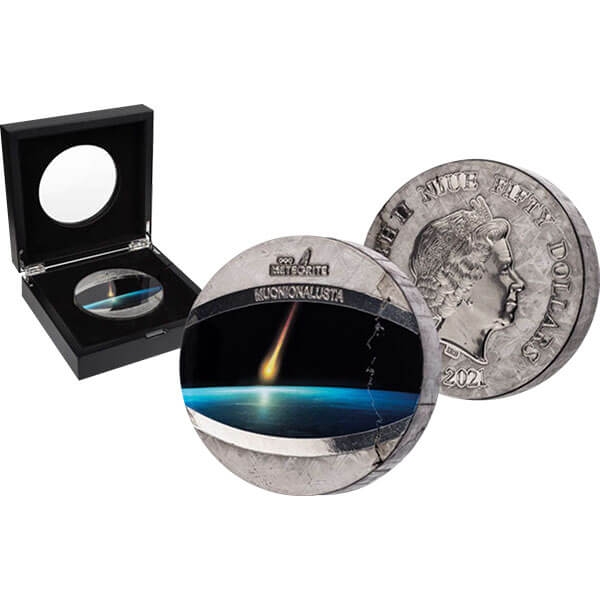 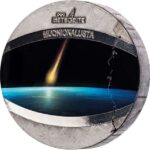 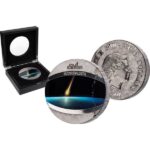 This is quite a unique coin, for it’s fully made of a meteorite and weighs 1 kg! With a coloured image of a falling Muonionalusta meteorite on the reverse, the coin itself is actually a piece of it.

The obverse bears the effigy of Her Majesty Elizabeth II surrounded by the following inscriptions: the Queen’s name, the face value of the coin, its issuing country and year.

The reverse features a coloured image of a falling Muonionalusta meteorite and showcases the intricate Muonionalusta etch pattern in the background. This piece of crystalline metal is a tiny slice of a meteorite that fell from the sky about one million years ago, breaking into hundreds of smaller fragments that rained down in a shower of fire upon the territory of present-day northern Sweden and Finland. Four ice ages transported the surviving meteorite pieces across the Swedish tundra, until their first discovery in 1906. The Muonionalusta is probably the oldest meteorite known to man. 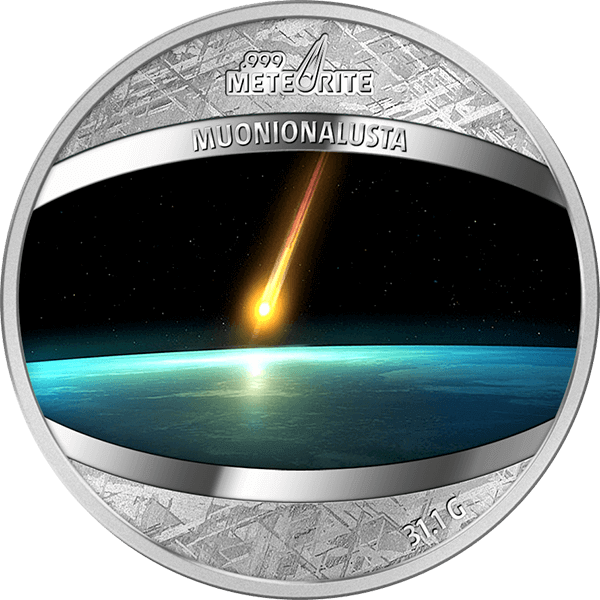 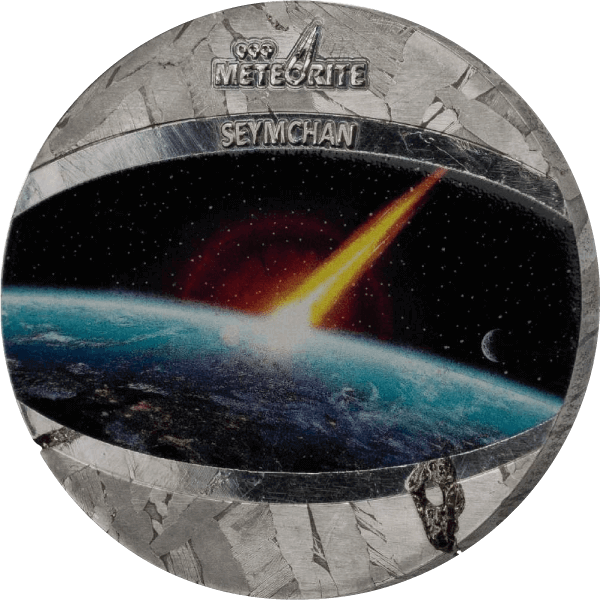 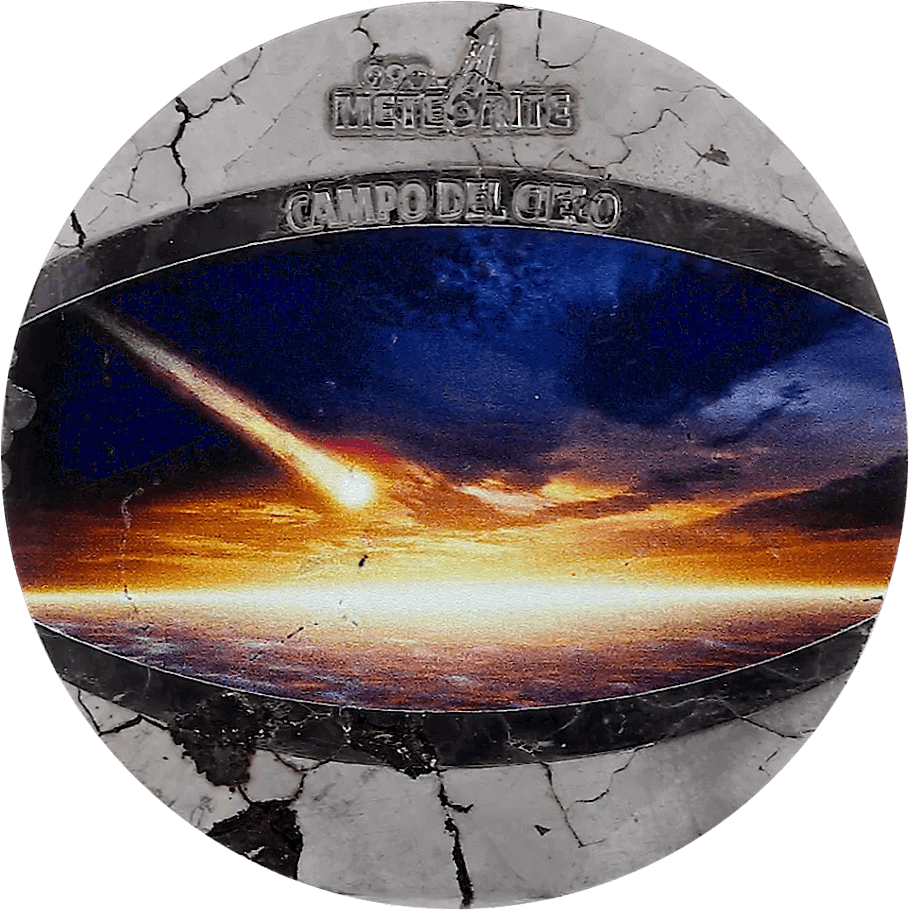 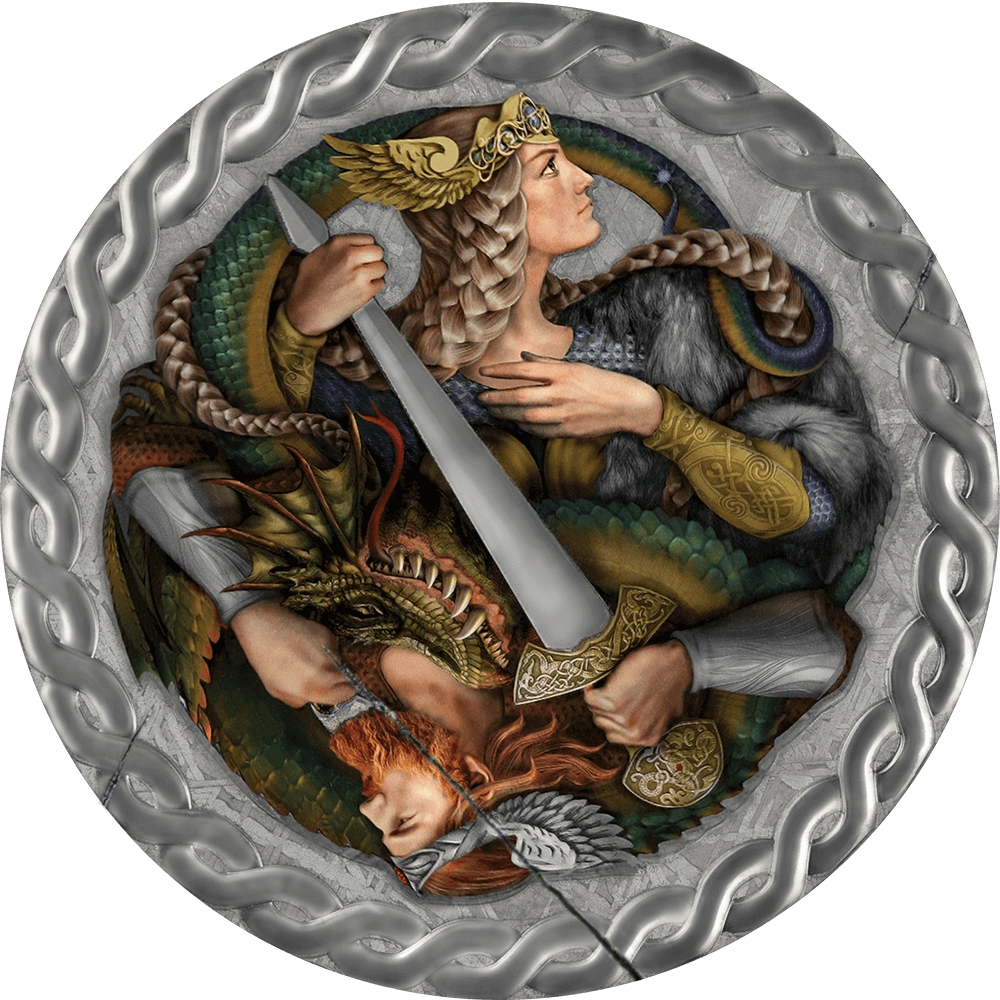