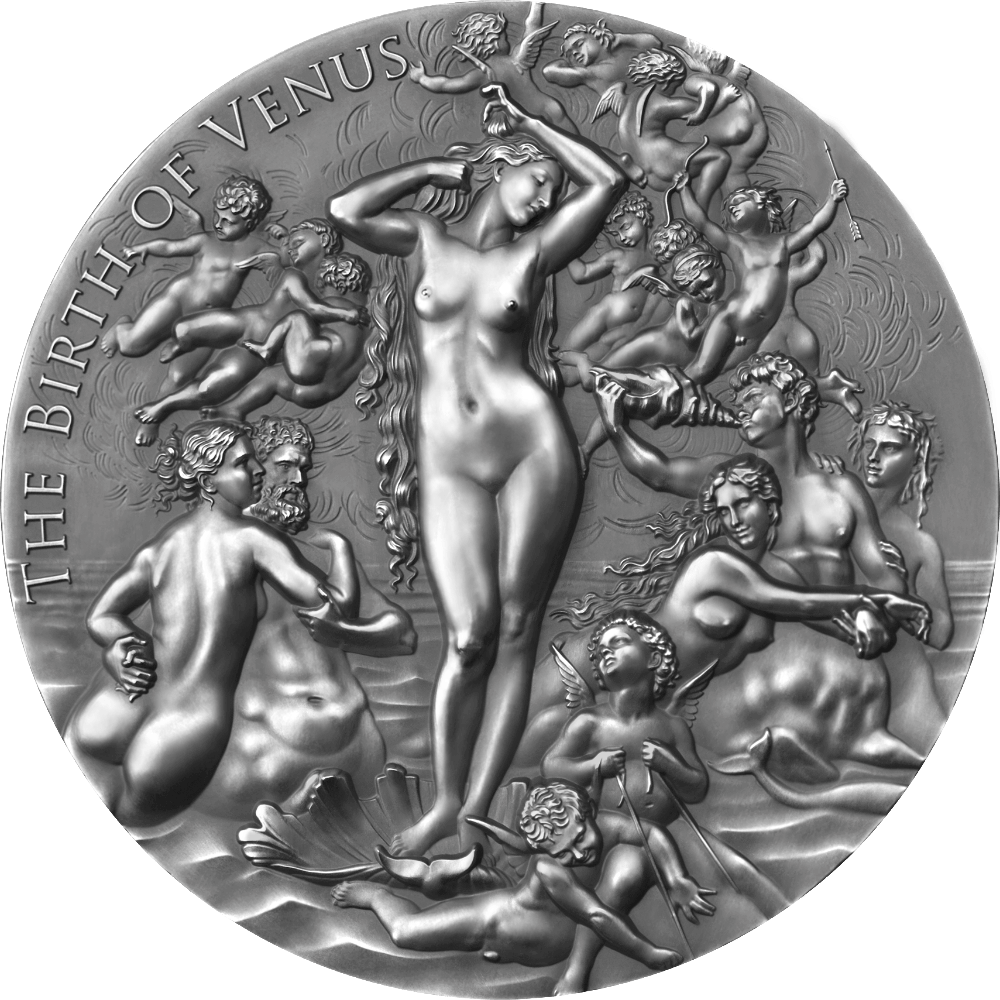 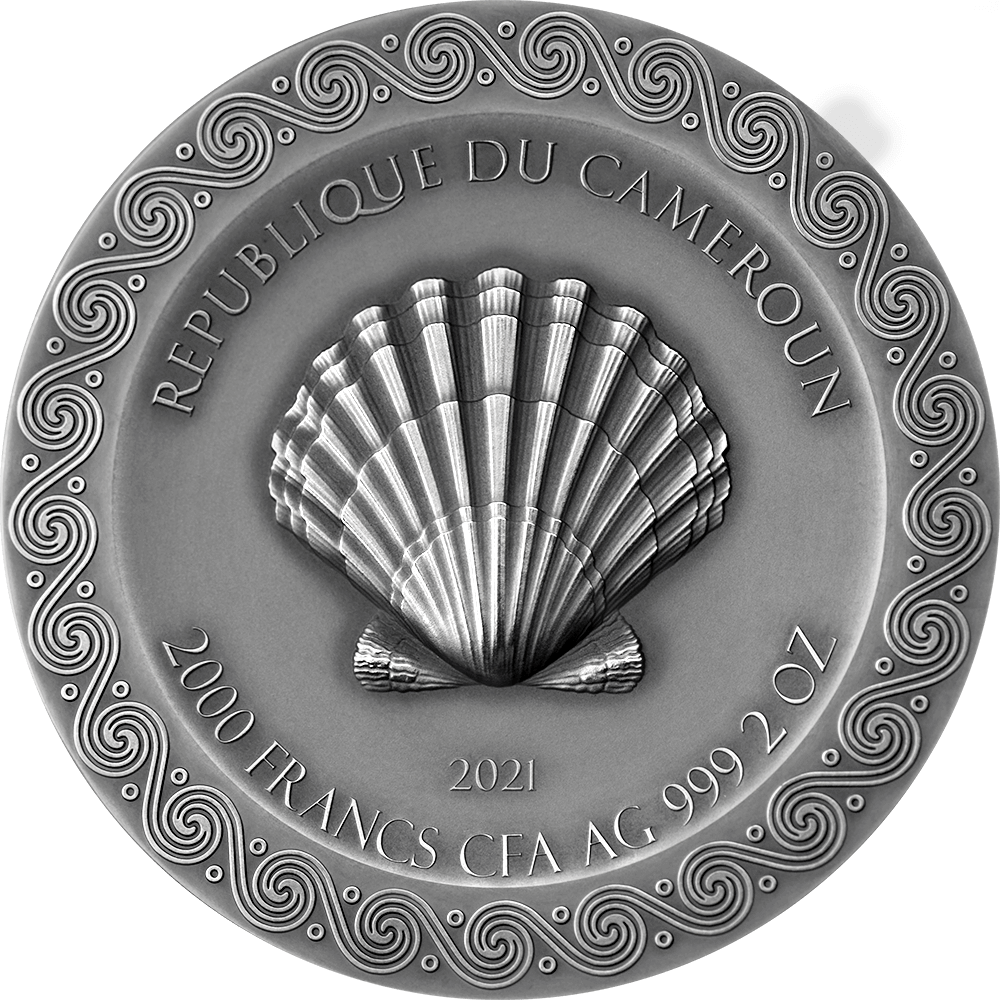 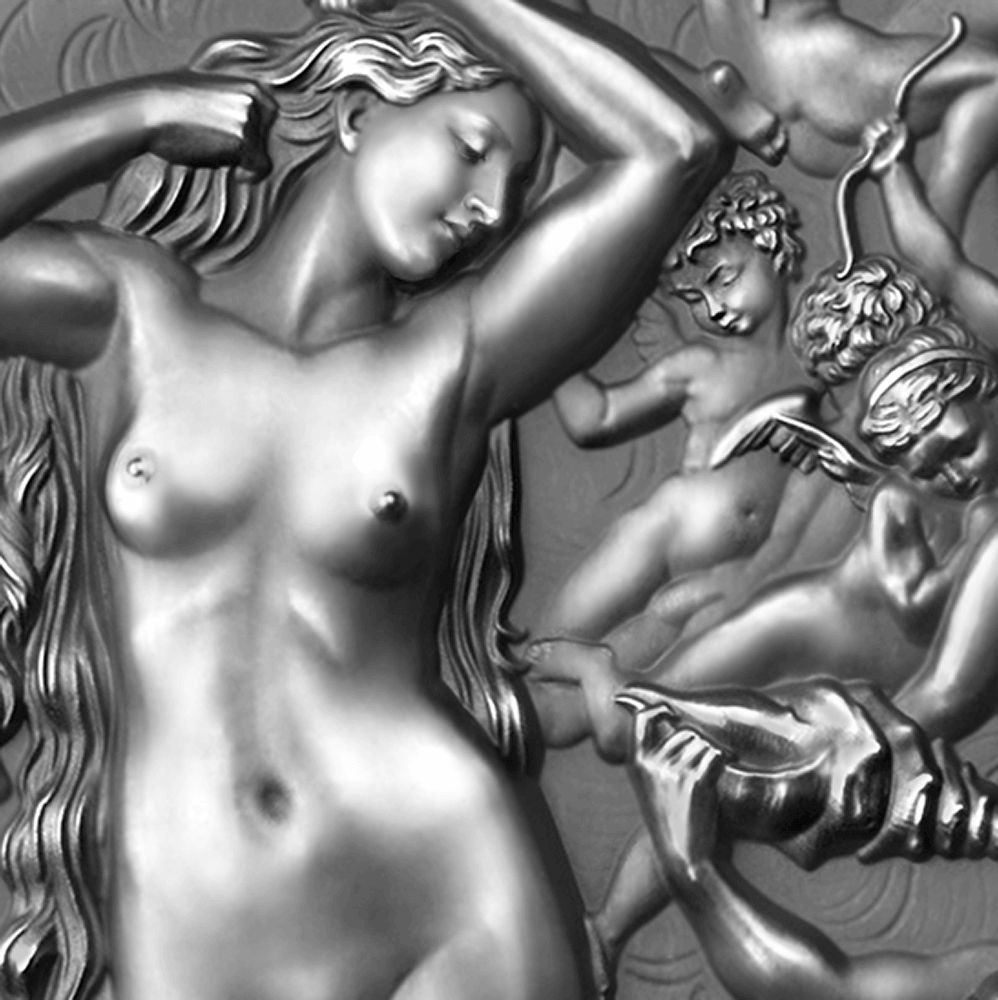 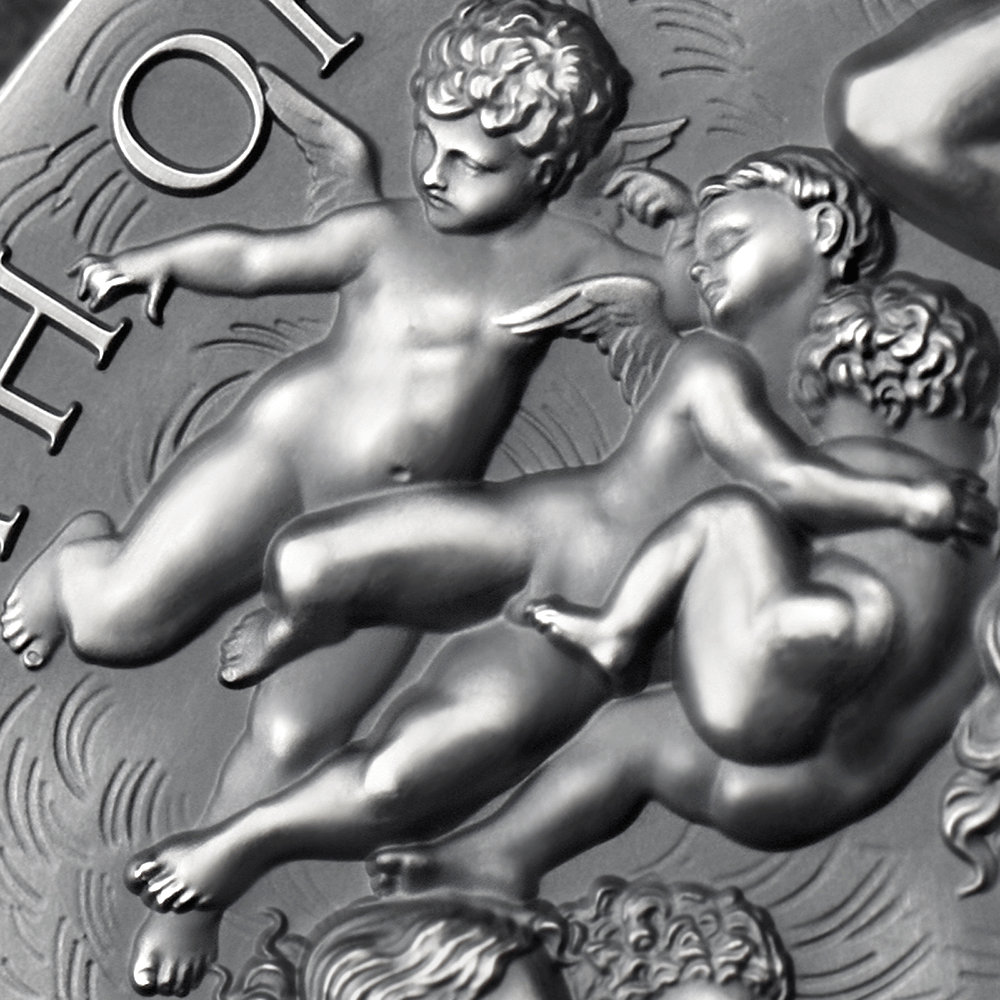 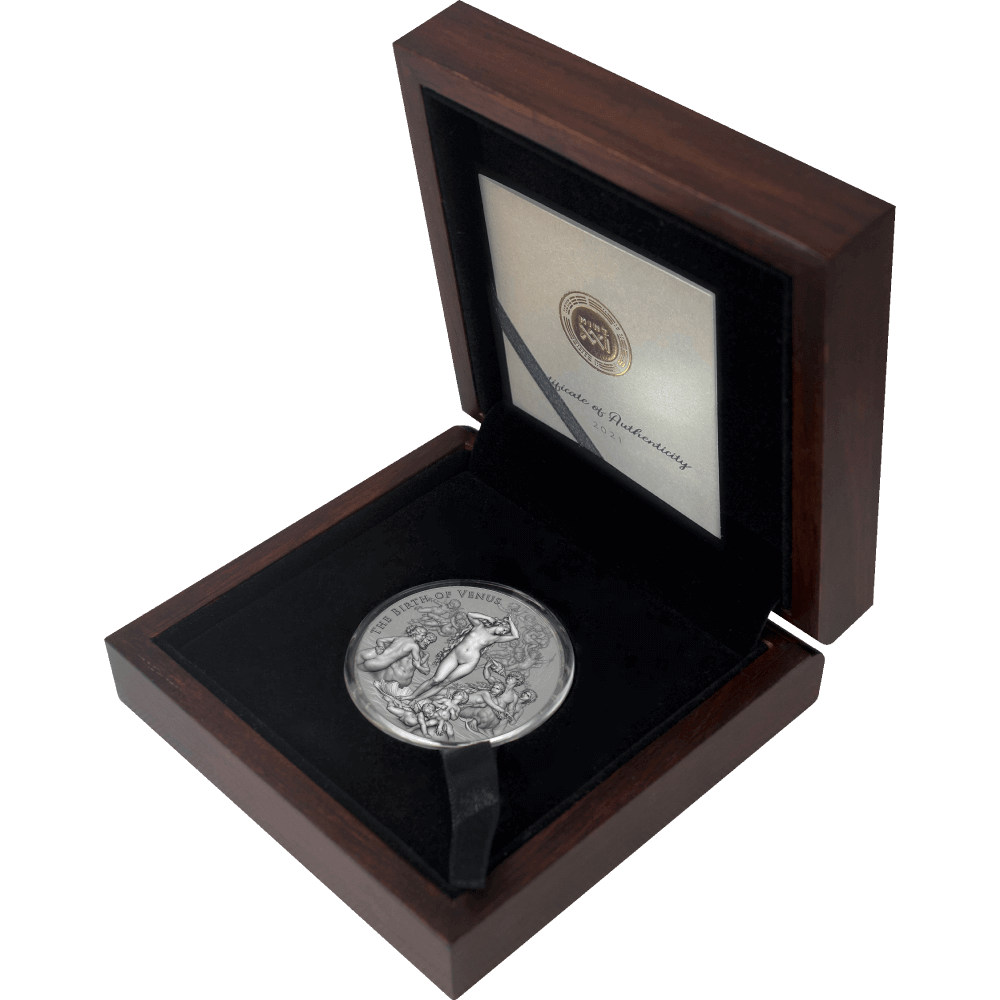 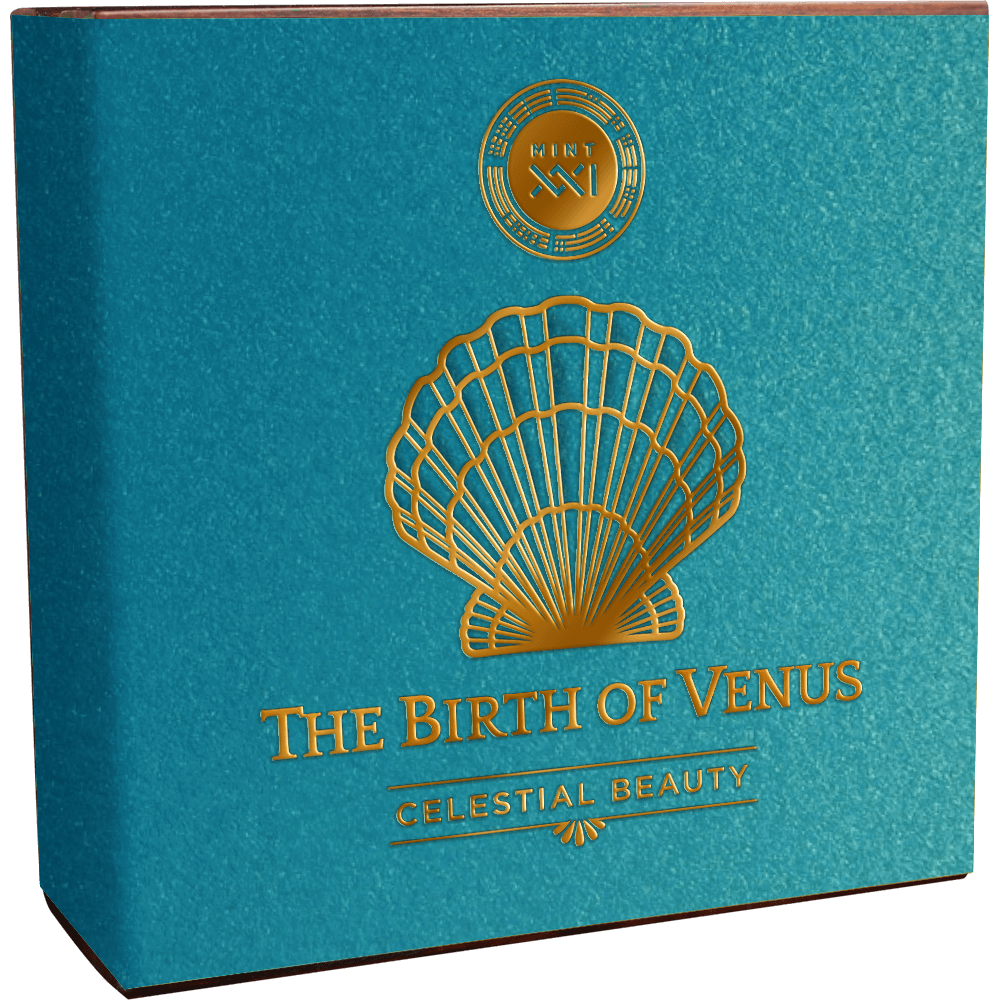 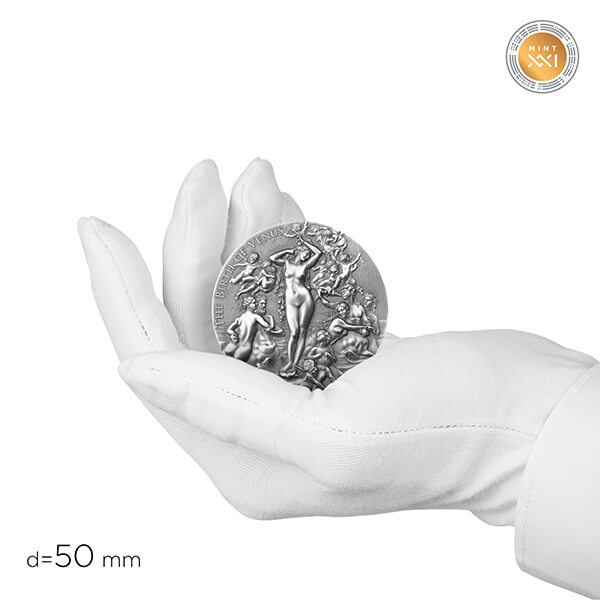 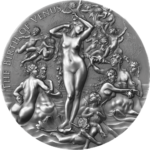 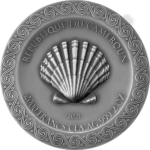 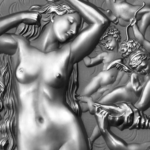 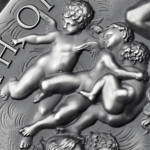 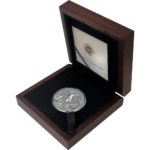 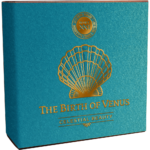 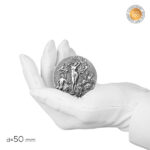 The Birth of Venus

This coin is the interpretation of the painting “The Birth of Venus” created in 1879 by French artist William-Adolphe Bouguereau.

The composition of the picture is reminiscent of “Birth of Venus” by Sandro Botticelli and “Triumph of Galatea” by Raphael. The painting portrays not the moment of the actual birth of Venus, but how she flows in a shell from the sea to the city of Paphos in Cyprus. The goddess has a calm expression on her face, nudity does not embarrass her. Many people consider her the epitome of the Classical Greek and Roman ideal of the female form and beauty, on par with Venus de Milo.

Thanks to the high relief technique, the coin beautifully renders everything depicted in this painting. A magnificent coin depicting Venus as the embodiment of female beauty and grace! 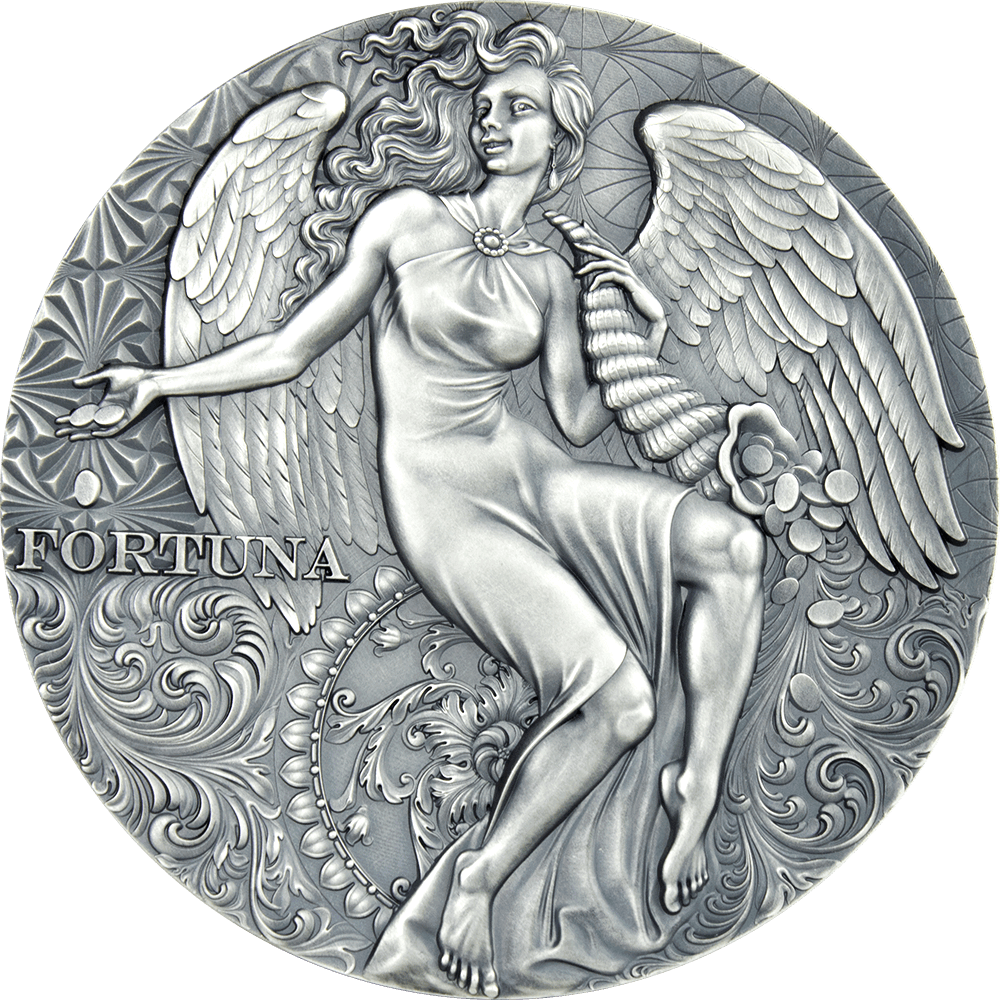 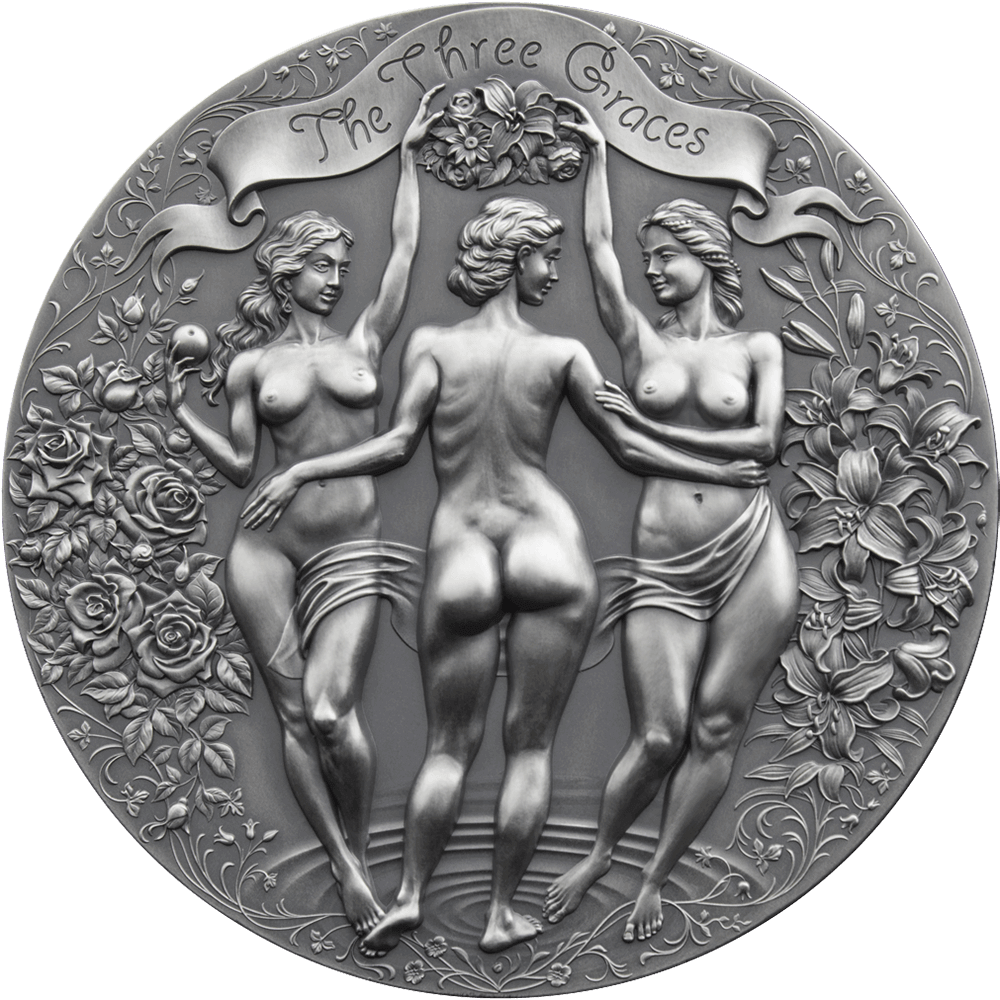