Mount Olympus — the abode of the mighty gods that rule our universe headed by formidable Zeus. This divine land is celebrated in hundreds of stories and works of art. But what draws our attention the most is its dwellers, who, despite their unearthly nature, are no strangers to human feelings.

The collection is our interpretation of mythical characters combined with a unique artistic vision. Aphrodite, Poseidon, and Cyclops coins start the most extensive numismatic series of Ancient Greek myths, coming in various sizes. Skillful high-relief details, complex compositions, perspective, the play of light and shadow, and selective gilding highlights — all these are only a peek into the series.

Created for lovers of Ancient Greek legends, each coin portrays a story of its persona. Let’s take a closer look at the first released coins of the collection. 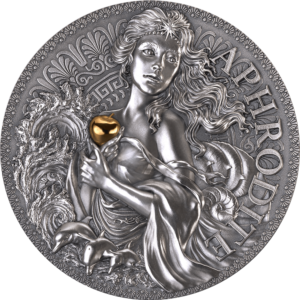 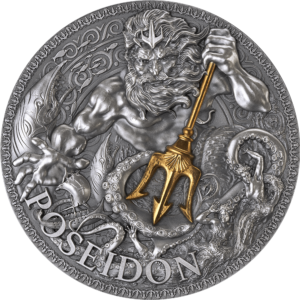 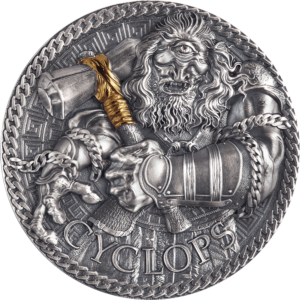 Ancient Greek mythology is a timeless gateway to inspiration. Its world-famous masterpieces keep capturing and fascinating the hearts of many generations. People with different artistic backgrounds find inspiration in various details of the images, the myth plots, and even in the characters’ personalities.

The Great Greek Mythology series allows you to enrich your source of creativity, celebrate your favourite mythological characters, or add a period piece to your numismatic collection. It opens its majestic gates to the world of ancient wisdom, eternal beauty, and incredible feats. Now’s the time to enter.

Summer Launch 2022 Is Around The Corner

We’re thrilled to announce that our 2022 Summer Launch is approaching. It’s full of new, exclusive, carefully minted coins in world-renowned and unique themes. Celebrating antiquity and modern art, depicting acknowledged masterpieces and upcoming trends, made for young and mature connoisseurs is versatile. However, before the catalog release, you can already take a sneak peek […]

It’s that time again to hit refresh on your coin collection! We are super excited to announce that our Spring Launch 2022 is just around the corner. On May 2, we will be releasing the spring catalogue containing these beautiful masterpieces. This time around, our coins will be based on various topics, and you can […]